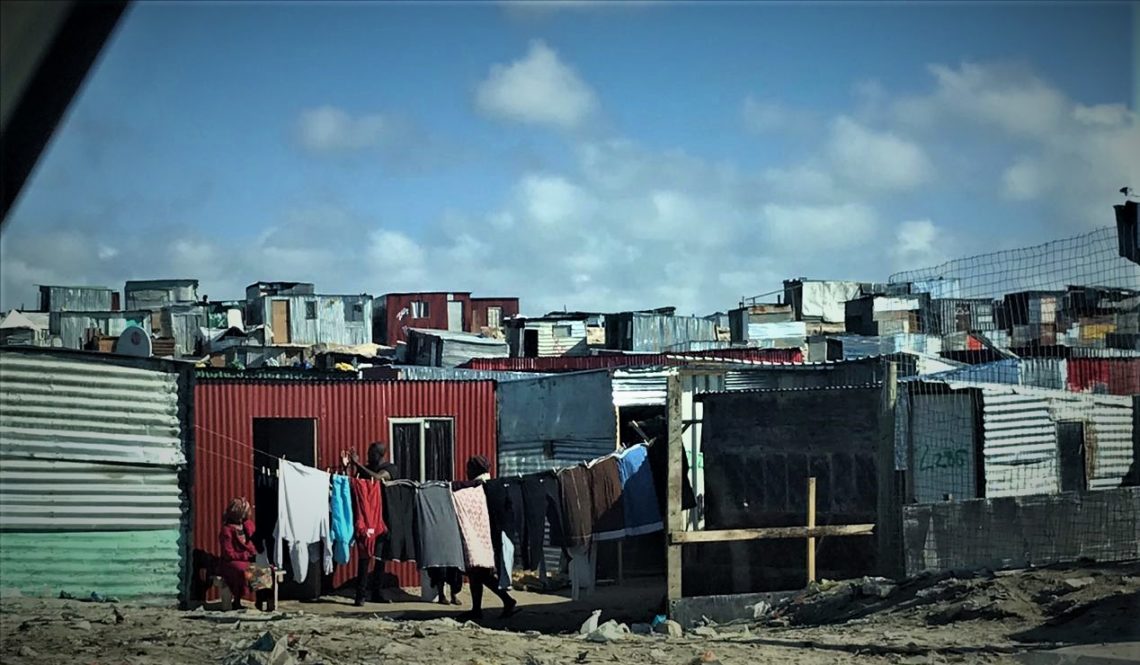 Is there a connection between the current economic crisis (due to Covid-19), and the rising land occupation in the areas of Cape Town (Cape Flats)?

In the past few months, many lower-income people have been very badly affected by the range of enforced restrictions imposed as a result of Covid-19.  The poor, working-class to be specific, have suffered enormously by losing their jobs and source of income; especially the informal traders, who were (until very recently) still trading under the strict rules and regulations of the lockdown. As a result of these regulations, many people survive on social grants only and this means the poverty rate has increased.

There are many reasons behind new land occupations but this brief article intends to understand the link between the current crisis caused by Covid-19 and the invasions that are currently taking place – using eMfuleni as our focus area.  There must be valid motivations as to why people would put their lives at risk during the peak of this pandemic and disregard lockdown regulations and still participate in these invasions that lead to violent protests while law enforcement agencies attempt to stem the flow?

We met and discussed this issue with a particular young man who was prepared to share his thoughts and reasons with us.  He, together with many others, had recently occupied land that was known as COVID CITY!  According to him, his main reason for invading the vacant piece of land owned by Cape Nature, was due to a job loss he encountered during lockdown which made him unable to pay the rent for the backyard flat where he had been living and from where he was evicted.  He thus had no alternative but to find a piece of land upon which he could erect his own shack.

He said that he had heard people talking about a possible occupation of an open piece of land in eMfuleni and also saw an opportunity that would relieve him from paying a rent that he could no longer afford. Our source used to stay in Khayelitsha, so for him the move to eMfuleni wasn’t a big issue because the two areas are relatively close to each other.

The second question that we asked was his expectation regarding access to basic services (FBS – Free Basic Services) from the CoCT.   His response was that the CoCT is obliged to provide basic interim services for the poor communities and the same applies to them on their recently invaded land.  “Our hope is that the CoCT will eventually install the services as per people’s demand.”

Our other question of interest was the selection of the site that people decided to occupy?  Why would you occupy land that has little chance of offering tenure or getting nominal (if any!) support from the CoCT in terms of basic services due to the fact that the land is privately owned, is a recognised wetland or is clearly unsuitable for residential purposes?  This question was provoked by what we witnessed when we did a walk-about in the area where some shacks were already sitting on the wetland or in flooded areas. Our source stated that in those cases, people have a choice to look for better spots immediately or remain there and encounter flooding when it’s wet.

Based on our conversation with this man, it appeared that land invaders do not seem to give enough thought to the suitability of the land for future development, when new invasions take place?  When asked about the occupation of privately owned land, our source responded that the government will have to negotiate with the landowner on their behalf, after the invasion has materialised. He further said that even if people would speak to the private land owners to inform them of their invasion plans, they will never be allowed to invade, so therefore there is no peaceful invasion.

Is COVID CITY well located for its residents?

Our source said that he considers the area as a well-located piece of land because there are different forms of reliable transport in Mfuleni to accommodate workers and school children to and from place of work or education. He also added that there are many schools in the surrounding area.

People occupy land for a variety of reasons but this one related directly to the impact of Covid-19 and thus made it both unique and relevant within the current situation in South Africa.