OU KAMP INFORMAL SETTLEMENT TAKES OWNERSHIP OF THEIR OWN DEVELOPMENT 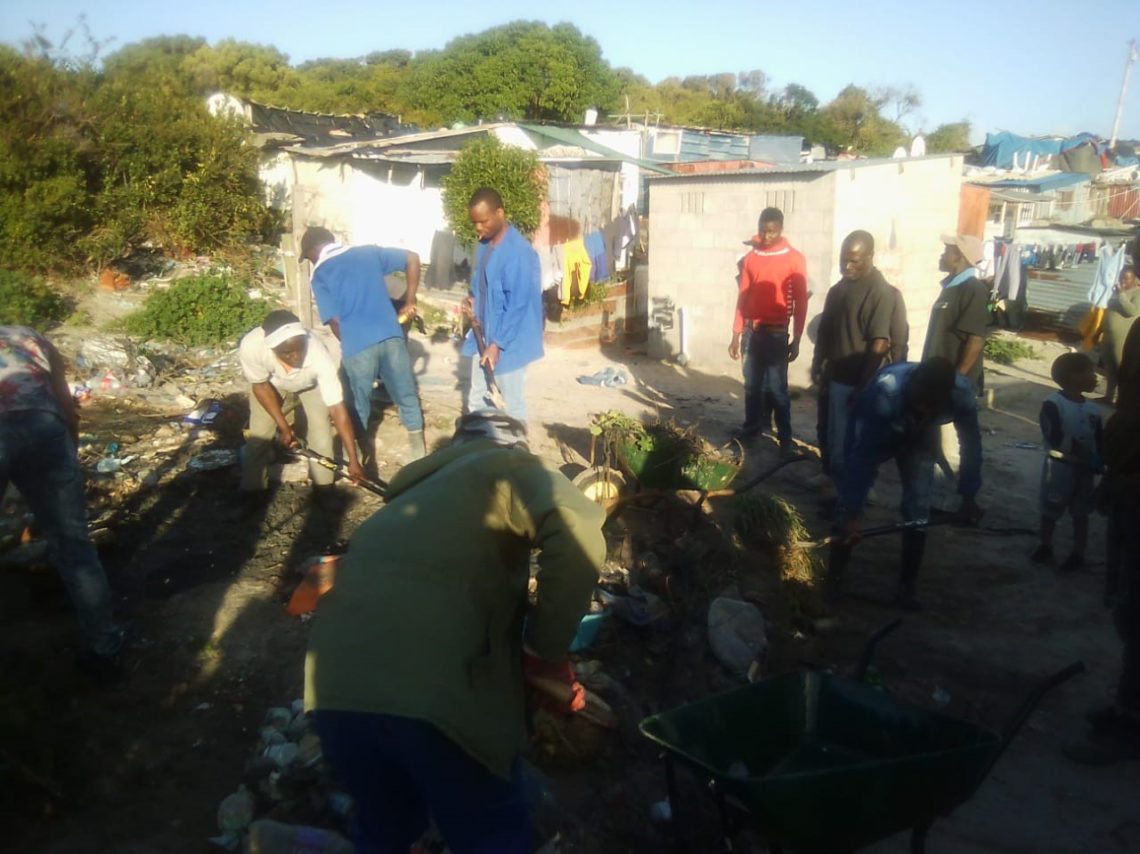 As part of Provincial Governments Informal Settlement Support Programme (ISSP) PEP has been working with the Ou Kamp Informal Settlement in Struisbaai, Agulhas to create a new model of community centered development. Over the last 8 months we have worked towards establishing accountable community structures who can engage with the municipality and begin to drive their own development process. In this manner people become active agents of development rather than passive beneficiaries of government resources. 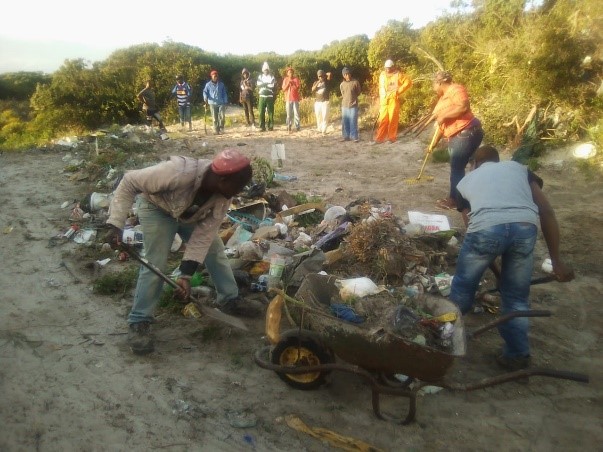 In Ou Kamp these changes are starting to have a material benefit for the community. In the last week, without any prompting from PEP or the Municipality, the community began to mobilize around the issue of solid waste and rubbish in their settlement. Community members have undertaken a cleaning initiative with areas were dumping of rubbish had previously occurred now being cleared. This can be seen in the photos below which were sent to the PEP team by the community.

Not only is this evidence of communities taking responsibility for the state of their own settlements but also can be viewed as an actual cost savings for the municipality – in terms of some aspects of solid waste management and health risks mitigated.
PEP understand the ISSP as capacitating communities as to enter a social compact with municipalities to co-produce development outcomes. In this way both parties can work together to address development issues and learn from each other in doing so. 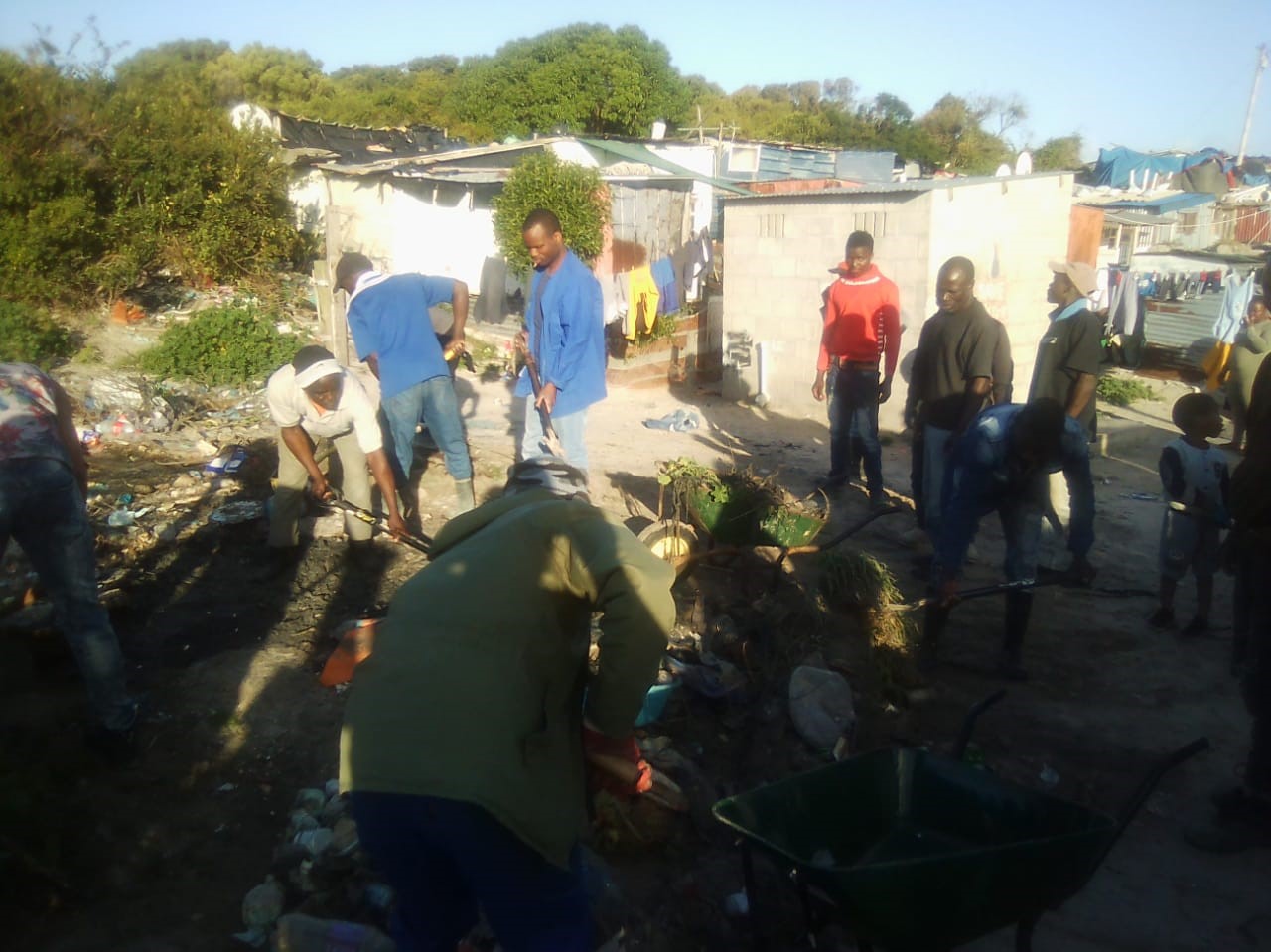 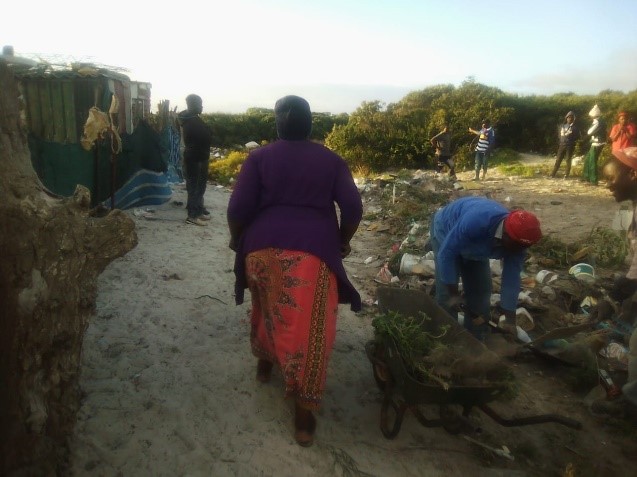 In the medium and long term such a partnership can lead to a far more efficient and targeted use of government resources (e.g. basic infrastructure) and communities who take ownership and responsibility for the maintenance of development resources and infrastructure. This is a far more cost efficient and sustainable method of development and a critical component of the ISSP process. 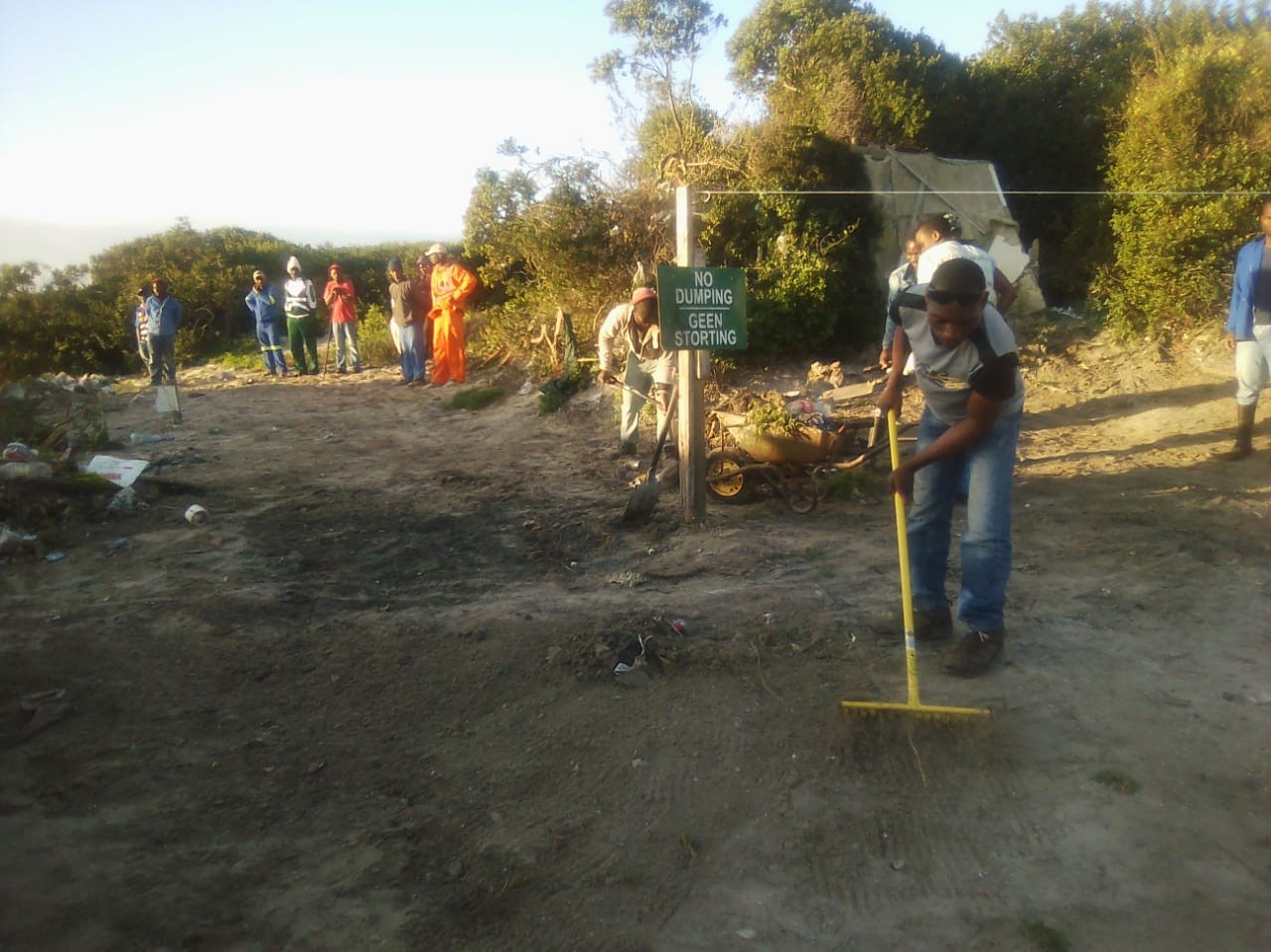 In the coming months PEP and the Western Cape Human Settlements Department will continue to provide more news snippet’s highlighting the positive impact of the ISSP programme !