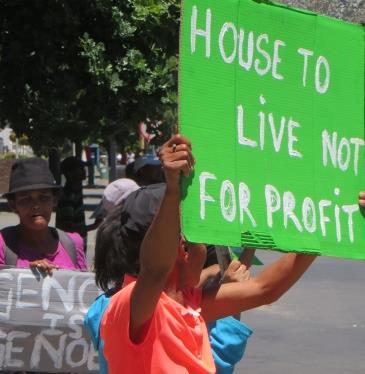 I have worked in NGOs (housing, rural development and women’s leadership organisations), architectural practices, and on my own in association and in partnership with architects, built environment professionals, housing NGOs and organisations, and local and provincial governments.

Currently, as part of Hands On, a collective of trainers and community workers, we work as a free association of self-managed sole proprietors, with a people centred, systemic and experiential approach to supporting individuals and their organisations to attain social justice. As a collective, we work from the inside out through integrating personal and organisational learning to empower people, organisations and communities (see Methodology below), and provide a flexible and responsive approach to projects and programs.

I co-ordinate the housing program and for each project intervention, I would be responsible for bringing together a team of the necessary skills and abilities.

The problem – in 1994 we had a dream of attaining our basic constitutional rights – and in the housing sector, deconstructing apartheid spatial planning with access to well located, decent and affordable housing. This has not been realised. The housing sector is in a deep crisis – and key to this is the crisis created by human interactions at all levels of the housing delivery program.

The Solution – the full involvement and agency of communities is fundamental – to engage in processes that build the understanding and capacity of leadership that go beyond immediate needs and seek alternatives through non-violent actions and interventions.

The arrival of the new South Africa created a great sense of hope that the government and the nation would be able to resolve the legacy of urban segregation and the lack of adequate housing for black and working class people.

At last families could be together in decent housing. 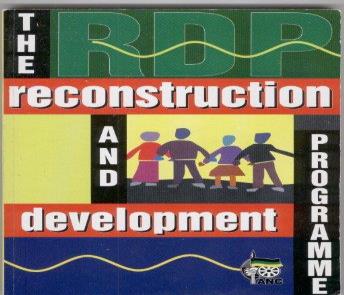 The excitement of the initial years of transformation was generated through the Reconstruction and Development Program (RDP), housing summits, and the creation of new housing policies and delivery mechanisms. New intentions, political promises of one million houses and differently allocated government budgets, all served to raise the expectations of working class people. These developments generated a sense of hope that the nation could overcome the debilitating nature of apartheid spatial planning and housing solutions.

But this did not happen. Twenty years later, hope and dreams lie dashed and smoulder in conflict between communities and the state, and between different interest groups in communities. The housing landscape has been dominated by poor quality, top down, profit driven implementation by large development companies and tenderpreneur corruption, forced removals and evictions of poor black South Africans. In response, we have seen land and housing occupations, regular service delivery demonstrations resulting in violent responses from the state, and internal community conflict over housing schemes.

The responses of the people, of leaders in government and of housing organisations have created and contributed to the many critical difficulties being witnessed in providing the promised housing.

What happened at the human level that requires a different kind of intervention?

My experience of working with communities in the built environment sector, and understanding that urban development and housing is not solely a technical solution, and particularly in the context of SA has led to examining and developing an approach at the human level.

In any system, we have people and resources and the need to manage the two. In the housing sector system, people bring with them their needs, beliefs, histories, cultures, etc and in the context of shortage and corruption, the people issues, if not carefully led will continue to exacerbate conflict, dislocation and the failure to implement.

It is in this area of leadership and developmental approaches that Hands On seeks to intervene.

The political promise made by the ANC in 1996 of 1 million houses in 4 years has had a profound effect on the agency of individuals and community organisations active in this sector. The people trusted Mandela and the ANC. 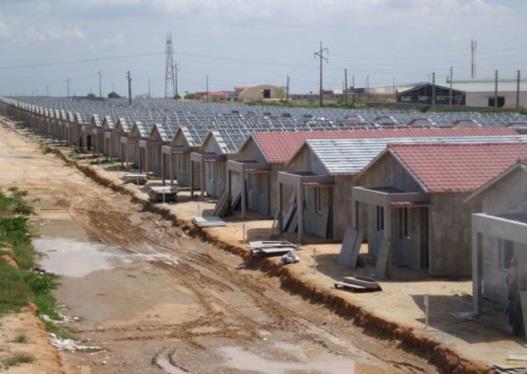 The government, attempting to fulfil these promises, privatised housing delivery to large companies like Asla and tenderpreneurs, turning it into a consumer activity stripped of the key principles of our democratic struggle of consultation and accountability, and from community mobilising and action into a service provided to the community. Housing for the poor become a profit driven commodity delivered via turnkey construction publicised through handover ceremonies to happy accepting citizens.

We should note that the reformulation of community bonds, relationships and activities that built a sense of community has shifted into services that are delivered to consumers, is an international phenomenon. This happens as capitalism seeks to commodify and monetarise every aspect of society.

When communities become frustrated by the complicated nature of service delivery, its slow pace, and corruption they take the situation into their own hands – taking back their power and occupying land or demonstrating for better service delivery. The state, seeking to protect its interests, intervenes with more empty promises and policy variations. The conflict intensifies and becomes increasingly more violent as the state and law enforcement respond to the desperation of those seeking houses.

The breakdown in the alliance of the ANC, state and communities around housing as envisaged in the Mandela government has been made more complex by what has happened within communities.Apartheid spatial planning and the fragmentation of housing options in working class communities has created a sector of many interest groups within a single geographic area: informal, backyard, brick house and farm worker housing, civic associations and activist groups, all competing for access to land and housing. This fragmentation has resulted in a constant competition between stakeholders over access with the potential of resources and power intensifying levels of conflict in resource depleted communities. 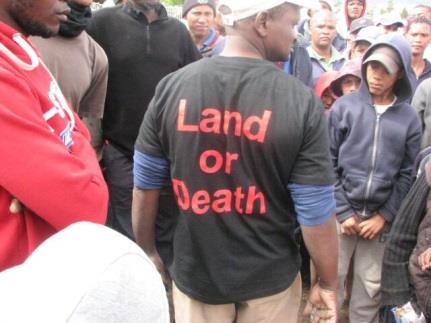 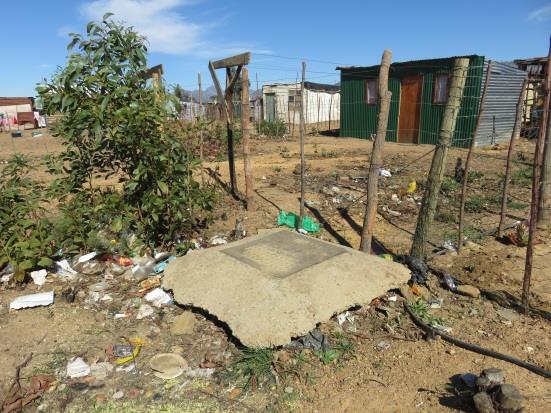 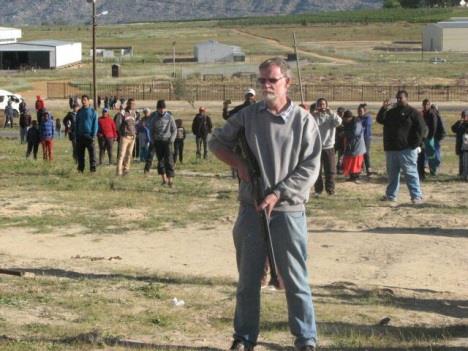 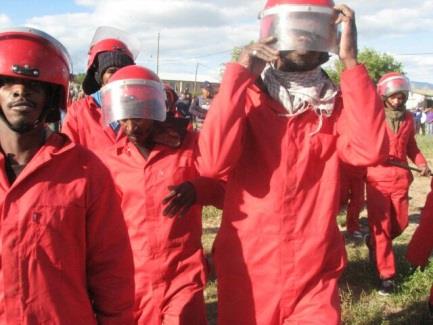 Into this context the new housing policy seems to have increased the conflict between groups. Housing has been delivered but those who have not yet been recipients, or only provided with a serviced site, are driven by a feeling of relative deprivation. This is reflected in the intense conflict over waiting lists and consistent land occupations. The loss of agency seems to have resulted in energy being turned inwards to competition over access, and violent and conflictual demonstrations against the state.

It appears as if the energy of our people to lead the resolution of the housing question in the new South Africa has become diverted into confrontations with the state and their agents as well as between groups within communities. Over the last 25 years we have moved from a high level of national mobilisation on the issue to local level conflictual struggles.

The need to house millions of South Africans has become a deep systemic crisis. This crisis has become deeply conflictual with violence a strategy being used by communities, the state and some civil society actors. We would describe the housing crises today as a complex and wicked problem with many different factors driving and reinforcing the problem. Interventions into the housing sector need to take into account how unintended consequences are driving the complexity of the problem.

As the housing crises is driven by human need – by people individually and collectively, their daily stories of survival and sustaining livelihoods, Hands On Housing Program seeks to intervene through supporting communities and their leaders to take ownership of housing struggles in their communities from lobbying for the allocation of budgets, to seeking alternatives, to designing and engaging directly in the delivery and local management of housing. 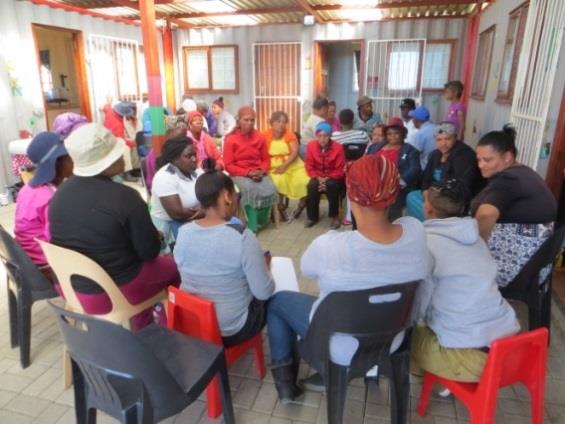 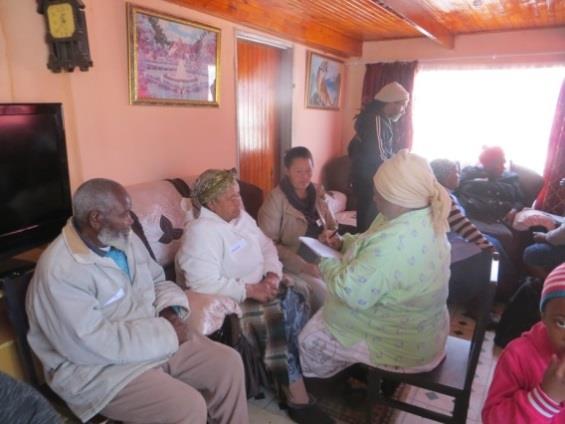 The role played by housing activists and leaders of organisations is a key to unlocking and transforming this energy of anger and conflict into alliances for development, delivery, upgrade and land occupation in an ordered and community building way.

Housing activists and leaders need to be able to

We believe that the crisis provides an opportunity for building the capacity of housing activists to pursue non-violent, women centred and people driven solutions. Our capacity building programs are delivered in three different formats:

Housing Organiser’s / Activist’s School: off-site in-residence training program offered to 30 activists from 6 communities through 3x 1 week modules to learn about the context, and how to organise and make space for different types of housing interventions. This could include content on community development to link housing with community struggles.

In-the-community Training Program: offers a geographically bound community on-site support for strengthening activist and organisational capacity to organise non-violent and developmental options in community driven housing struggles. This can be offered through a mixture of field visits and 6x 1 day workshops per year over a two year program providing support for housing struggles to build organising capacity.

Hands On popular education methodology is learner centred, allowing participants’ ideas and concerns to drive the learning process with the facilitator deepening the group’s knowledge and understanding on the learning journey. We also focus on learning through doing and going beyond the workshop / classroom walls, using the community as the learning space. Our programs are primarily run for women housing activists but men are welcome. 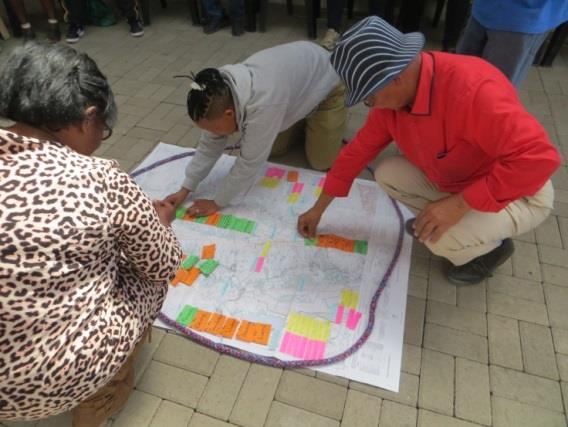 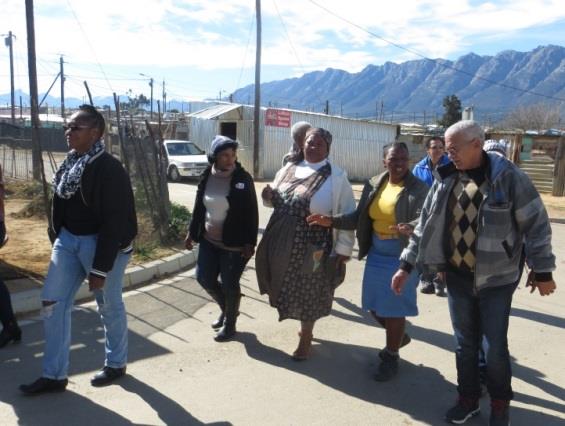 Learner centred in the community classroom

Each learning intervention is structured in consultation with the group that will be participating. Initially, our facilitators will lead a listening survey by engaging in dialogue with the target community to understand and clarify the local context of housing struggles and what the key concerns are, content and format for the learning process. Through this process, the content, outcome and format for the training will be developed.

We would therefore argue that a critical and necessary factor of intervention into this complex and wicked conundrum requires a change in the way in which stakeholders and competing groups relate to each other at a local level. If not, housing programs will be delivered into the same circumstances and continue to intensify the conflict rather than harnessing the anger and rage into alternatives and reclaiming agency.

Hands On is working in partnership with People’s Environment and Planning (PEP) to facilitate this range of learning interventions alongside the technical solutions to spatial urban transformation, and the development and upgrading of settlements. Currently, we only have funding and people resources for a limited In-the-community Training Program and are seeking to scale up activities. If you are interested in co-funding these programs, please email a.wicht9@gmail.com or info@peoplesenvironmentalplanning.org.za for further information.