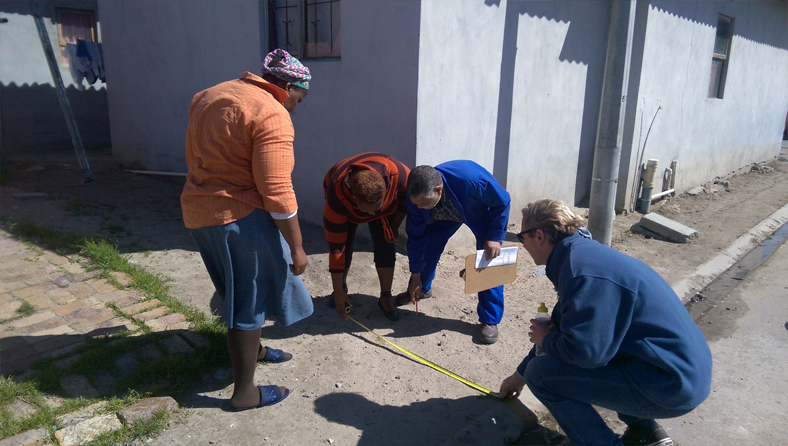 In the last few years a number of flash points have highlighted the unequal ways in which Cape Town continues to develop. Examples include the proposed eviction of tenants in Woodstock and the Council flats which, adjacent to De Waal drive, mark the entrance to the city bowl. The proposed sale of the Tafelberg school site is a further example that, at the time, gained extensive coverage in local media. For more information read here and here.

Underneath these moments, which catalyze public attention and civil society action, a far more entrenched system of rules, regulations and planning ordinances continue to foster a divided city. These are the hoops and hurdles which make it too expensive and cumbersome to develop pockets of well located land, which support the protests of wealthy neighbor’s against inner-city housing and which place financial burdens for improved development on the poor and not the city.

The above assertion is not made from a void of practical experience. Having worked closely on a number of community driven housing developments and I can cite numerous small examples where bureaucratic rules (weighted against the poor) actively inhibited projects.

In one project a neighboring ratepayers association objected on the basis that their properties would devalue and the new homeowners would “clog the sewers and attract lots of flies.” These objections ended up forcing the project to deliver less dense (and hence fewer) houses as well as halting actual construction for over 4 years ! It is incorrect to ask why such a process cannot be waived or at least weighted in the favour of subsidy housing beneficiaries? Surely the overarching socio-spatial goal of building an inclusive city trumps objections that are poorly researched and selfishly motivated? Obviously the above would be applied on a case-by-case basis and recognise genuine objections (for example environmental impacts).

If the construction of a boundary wall is demanded by the city to enact subdivision rights, should the housing beneficiaries be responsible for financing said wall? And if so should they not have the right to build the cheapest wall possible out of a material of their choosing – rather then the city demanding they use blocks which, in affect, hide their houses from the road.

One has to question whether the Roads, stormwater and electrical departments have to be so strict in their application of norms and standards as to jeopardize entire projects on the basis of minor technical snags. By all means ensure the quality of services delivered to the poor is equal to that in wealthier areas but show some flexibility in order for delivery to go ahead. And don’t heap extra costs on beneficiaries and/or pro-poor developers to enforce non-essential standards.

In the midst of negotiating the complexities of project managing a low-income housing construction I cannot count the number of times city departments have provided contradictory information, reneged on previously stated positions or imposed further bureaucratic hurdles to processes that have already been agreed.

It is the accumulation of all these small rules and regulations that confusingly piled on top of each other delays the delivery, and increases the cost of a more integrated city. Politicians can advocate pro-poor policies but when they become mired within the lower echelons of government they can use technicalities to abscond responsibility for delivery. A further consequence is that it is easier (and faster) to deliver housing and amenities on the edge of the city – entrenching rather than redressing inequality.

Without being overtly cynical one can read recent high-level structural changes in the city of Cape Town in this light (read here). While the mayor notes that she “refuses to build 40km from the city “ is this really feasible without fundamentally re-examining planning and land use management practices and legislation with the introduction of a detailed pro-poor land policy in mind.

I will leave it to the reader to decide if this is the expression of an underlying ideology or merely a confused and complex landscape that inadvertently works against the poor.

Ultimately if civil society wants to fundamentally change the way Cape Town continues to develop they need to advocate and collectively promote a pro-poor land policy that addresses all the technical complexities of accessing, developing and delivering well located land for the poor – and is weighted in favour of the poor. Until such a time as this takes place vigilant fire-fighting of symptoms and vague inputs to policy will remain the norm and the city will continue to grow in an unequal fashion.