THE VALUE OF LIFE SIZE HOUSE MODELS – Reflections on a forgotten practice ! 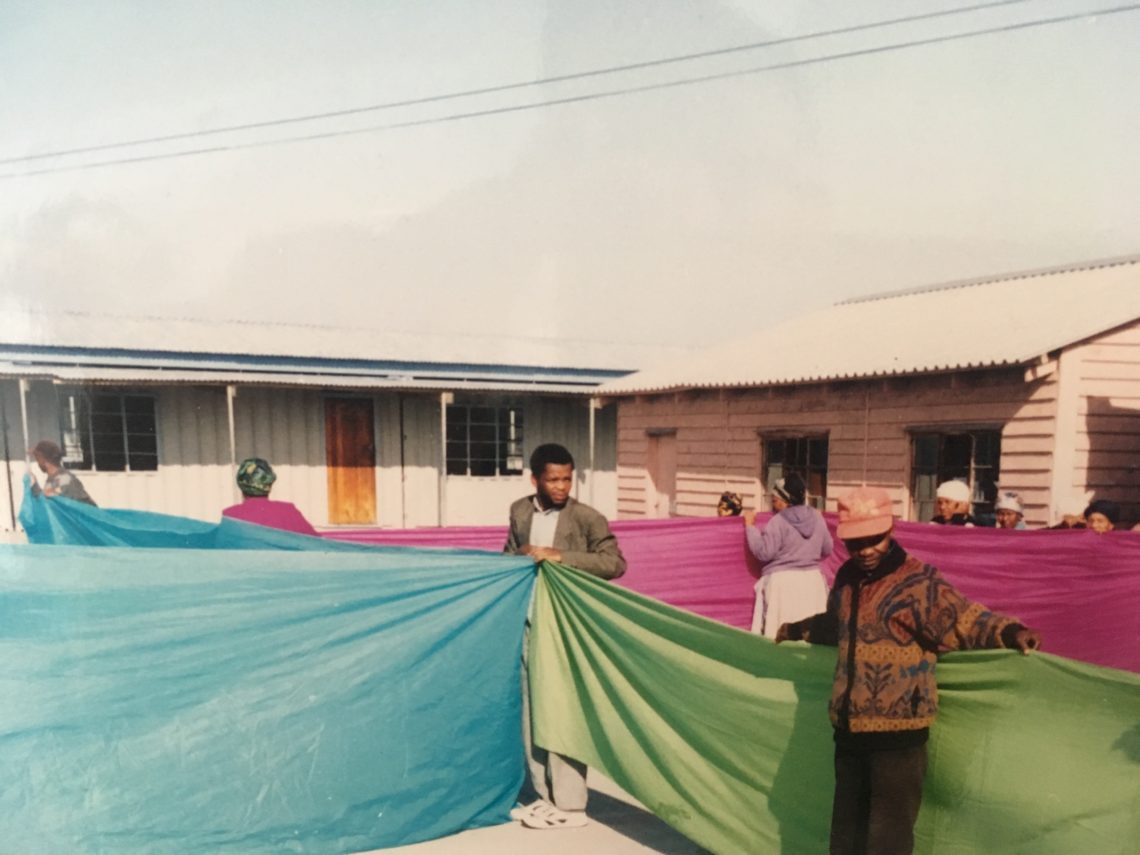 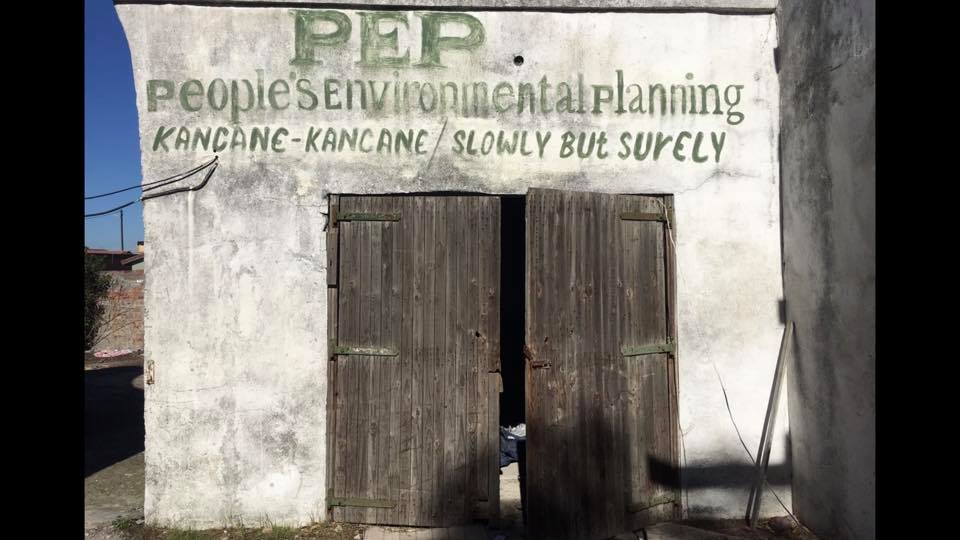 When the “people’s housing process” (PHP) was introduced 24 years ago, members of the SAHPF (South African Homeless People’s Federation) and many other communities, themselves were at the centre of all decision making related to the own homes.

PEP’s role in this process was to provide them with the necessary skills to perform these tasks and make informed decisions along the way.  Many people, formally educated or not, struggle to read and    understand house plans. The solution to this was the “life-size house models”.

I’d arrive with a group of aspiring home owners and ask them what their dream home was!  The standard answer was “we need a 56m2house”!  I asked them to explain what a 56m2 house looked like?  How many bedrooms did it have?  Where do you enter it?  Where should the bathroom be in relation to the kitchen?  Could you afford a 56m2house?  You cannot start building a house that is unaffordable and then be left with a roofless house because your available funds are finished – a situation that I have seen far too often in informal settlements around the country. A roofless house is useless to anybody, so how do we avoid this scenario?

Following the demand for a 56m2house, I’d ask the person to use three other people and physically point out how big they would like their house to be and the person would position her colleagues on the 4 corners of her dream house.  Once measured and virtually without fail, I would then measure the house to be in the region of 36m2.  It soon became apparent that 56 was a number that was commonly used but people had no concept of what that actually meant?

We’d divide people into groups and as a group, encourage them to design the plan of their dream home.  Each group was then given the opportunity of presenting their work to the entire group of participants.  There was always much banter and abuse but once people started understanding the principles of house design and the mystery was  removed from the process, they felt a lot more confident about designing their own homes. 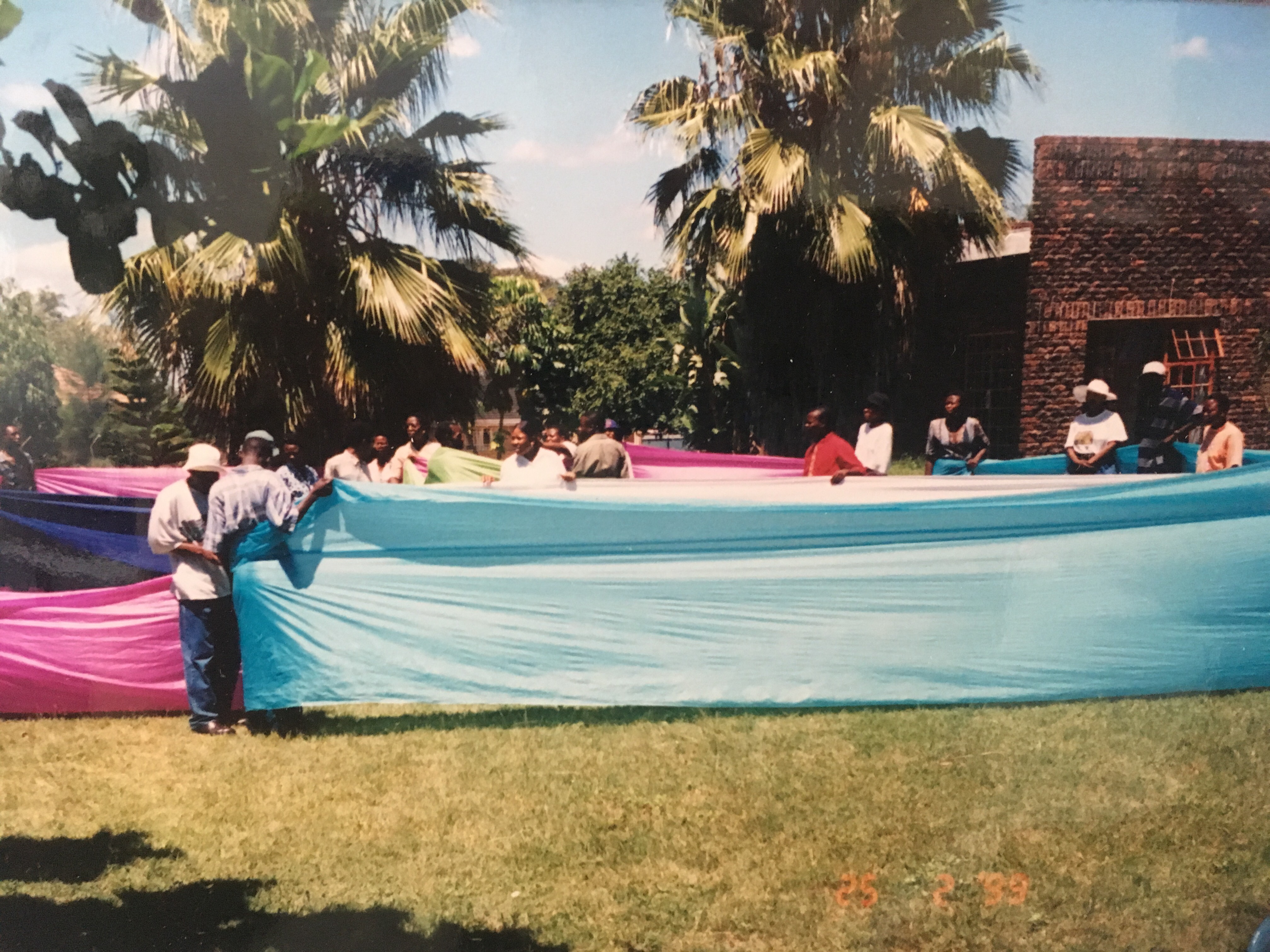 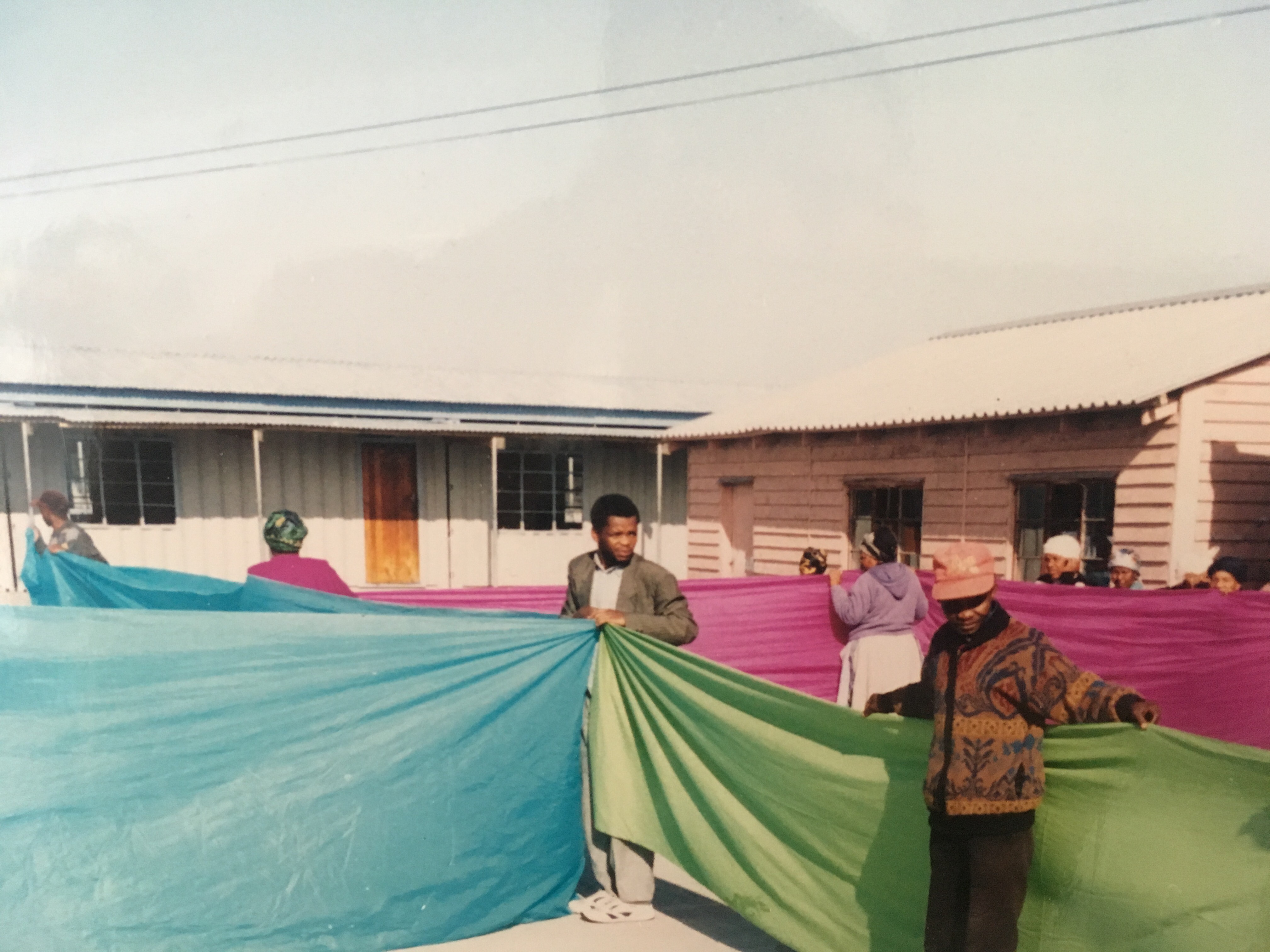 As a group, we’d then constructively criticize each presentation and offer alternative solutions.  Once we all felt happy with the final product, the chosen group were given the opportunity to “build” a life-size model of their house. Measurement was not a priority, but they were encouraged to visualize the actual size of each room.  A bedroom had to accommodate a bed, a cupboard, a dressing table etc.  We’d go into one of the neighbouring shacks to see the actual size of a bed, cut out a piece of fabric to the same size and then position that in the proposed house model. The lounge area had to accommodate the furniture and a table, for example?  We’d go through the same exercise as before.

Once the house had been laid out, the “owner” invited a guest into the house and took them on a walking tour.  Again, comments and input were encouraged from the other participants.  That room is bigger than necessary?  Why is the parent’s bedroom bigger than the children’s bedroom that has to accommodate 6 children?  You’ve allowed for a bath but maybe a shower uses less space and is more efficient?

Once this exercise had been completed, using a tape measure, we calculated the areas and prepared a rough sketch plan of the finished article.

At that point, we could start quantifying and costing the dream home.  People soon realised that they had to make realistic adaptions and choices, based on their limited budgets.  They were simultaneously encouraged to continue saving their own money, a cornerstone of the SAHPF and possibly accumulating extra building materials, in order to build a bigger house. 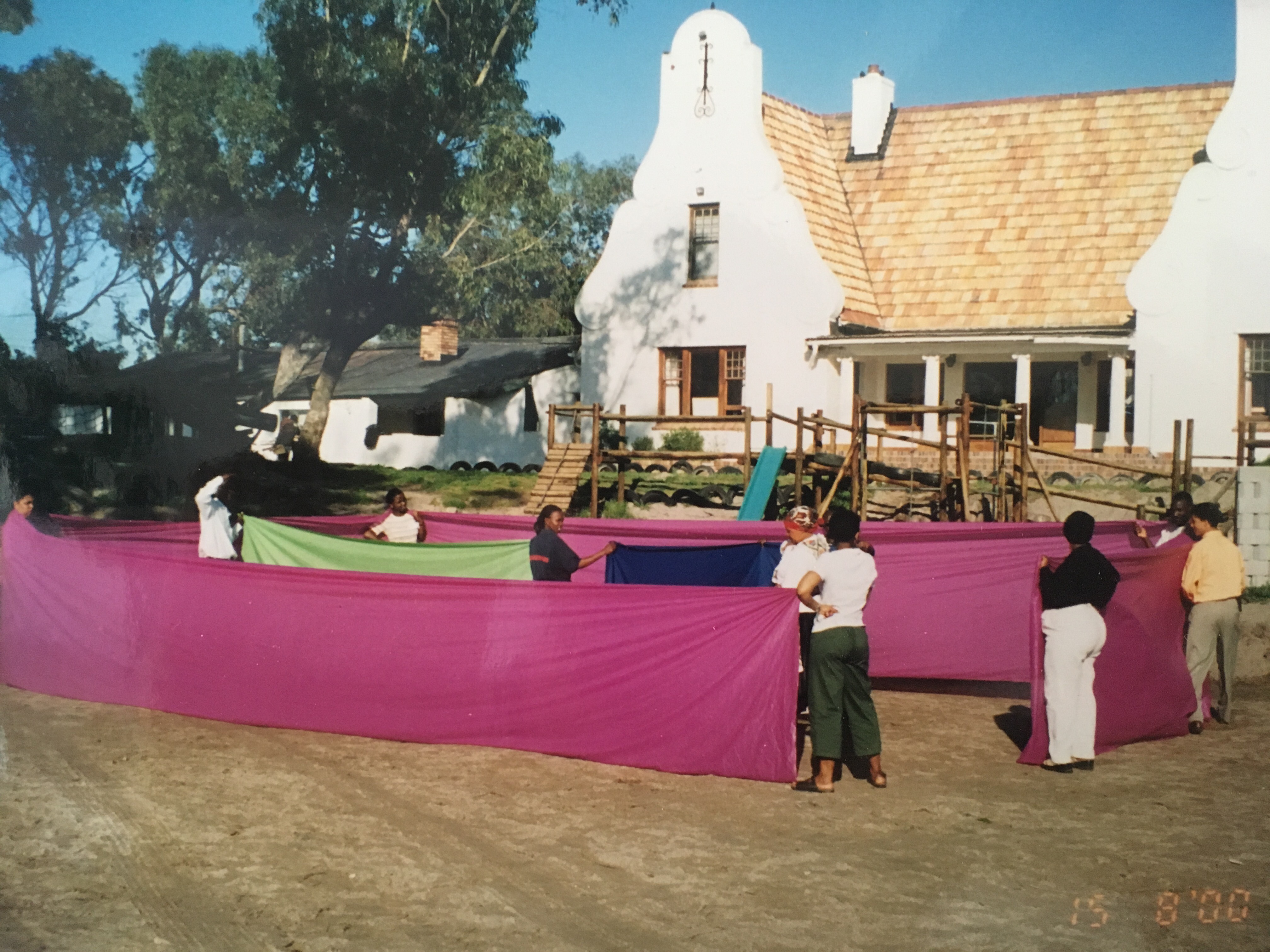 By the end of the day’s workshop, people were well equipped to dream and design realistic homes that were both practical and affordable.  PEP conducted at least 50 of these workshops in informal settlements around the country and we still believe that the process has enormous benefit and value.

It certainly allows people to take ownership of the housing process and make informed decisions about how they want to spend their own subsidies.  It also encourages individuality and variety, rather than endless rows of identical boxes.  A visit to any of the SAHPF developments, will attest to this!