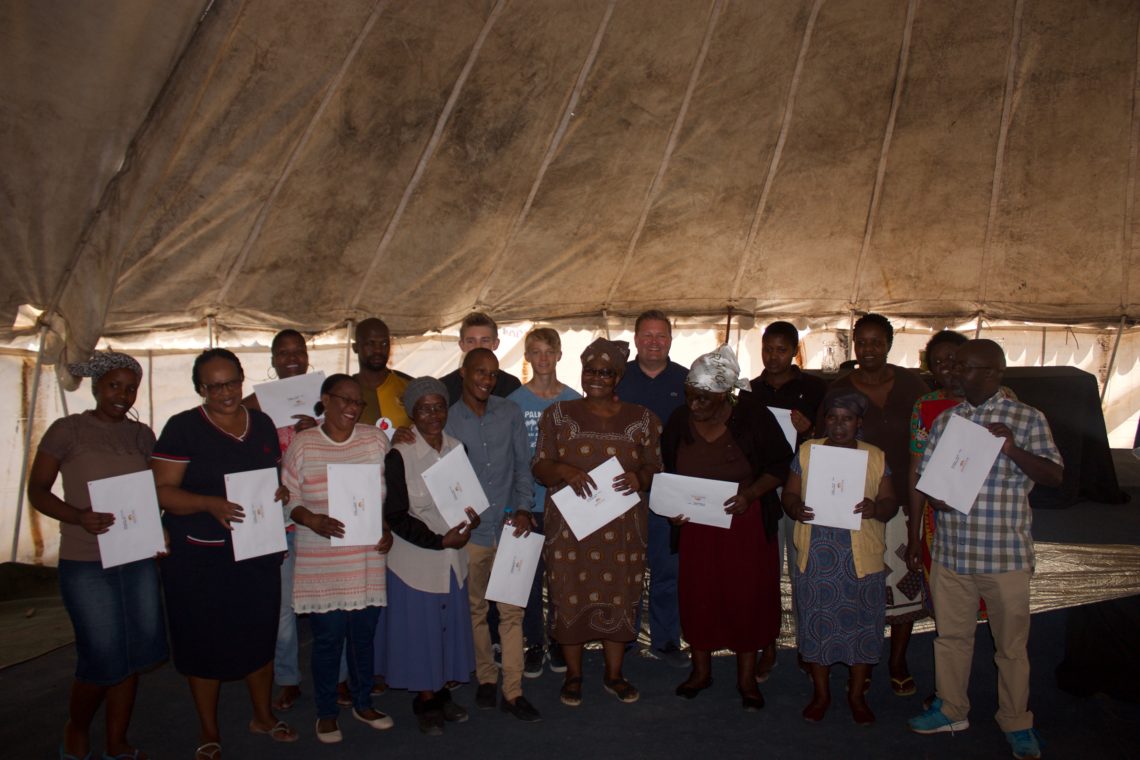 “You can buy cars, clothes, shoes but you cannot buy a home, you have to make it. The way we all did.”
—Vukuzenzele resident on receiving their title

“My House! My Home! A legal Home!” On human rights day, the 21st of March, 2018 Peoples Environmental Planning (PEP) and residents of Vukuzenzele celebrated the handing over of the first thirty title deeds for houses that residents have been living in for 20 years. These residents finally own the houses that they live in and have the piece of mind and security that comes along with this hard-fought achievement.

Vukuzenzele was established on its current site on the edge of Gugulethu in 1998. There are 236 houses in the neighbourhood, all of which were occupied without title until the residents of Vukuznenzele, particularly the women of the community and PEP managed to collaborate with the officials from the City of Cape Town to clear 109 houses for the transfer of title deeds. 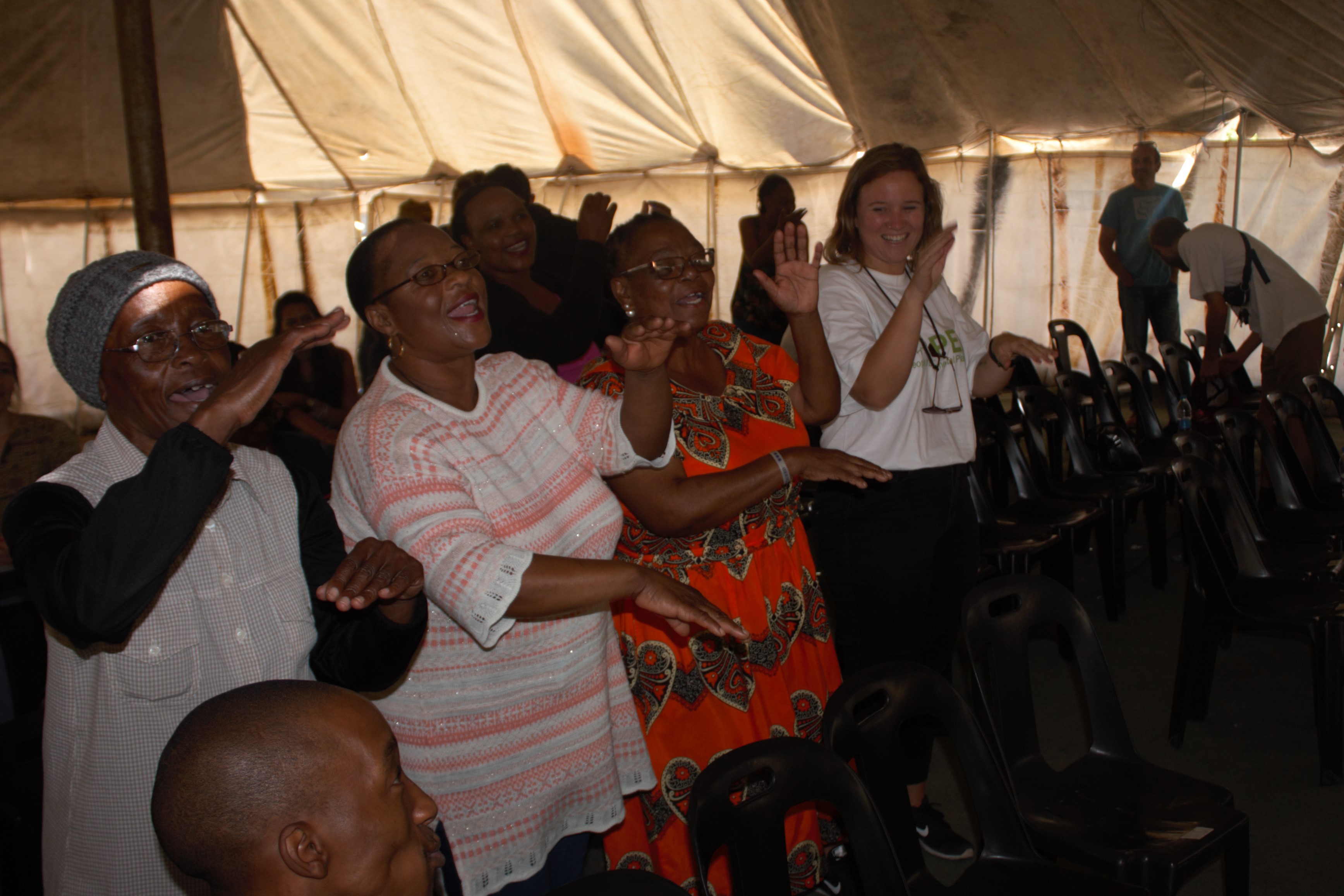 Lulama Jima, a member of the Vukuzenzele Committee, told the story of the long struggle that the community went through to reach this point. After a failed land invasion on another site in Gugulethu, the community came in contact with John Bridgeman who owned the land which Vukuzenzele now occupies who wanted to sell the land to a community in need of affordable housing.

The site was purchased by the uTshani fund on behalf of the members of the Vukuzenzele community. The site was immediately settled by the community, who had to protect it from being settled and taken over by other groups in search of land on which to live. Houses quickly started going up and a long process of negotiation began between the community, the previous owners of the site and officials from the City of Cape Town regarding the types of houses that could be built and what kinds of extensions would be allowed on the site.

Gerhard Hanekom from the Land Use Management department in the City of Cape Town spoke at the meeting saying that it was a pleasure for the City of Cape Town to work on this project with the Vukuzenzele community and PEP. Hanekom described the working with Vukuzenzele as a process of understanding the community and their needs and working together to avoid having to tie the titling process up in red tape.

Chris Mattinson a land surveyor working with PEP described the challenge of making sure that the extensions and changes made to houses since the initial laying out of the site could be translated into the official logic of the plans and regulations of the City of Cape Town. Unless compromises could be made either by the City or by the residents, says Mattinson, the houses could not be cleared for transfer of tenure. The actual situation on the ground very seldom remained within the strict requirements regarding where boundaries of plots are, how far from these boundaries a house can be built and what kind of extensions to houses are allowed, and the surveyors had to walk a fine line to make sure everyone’s needs could be met. 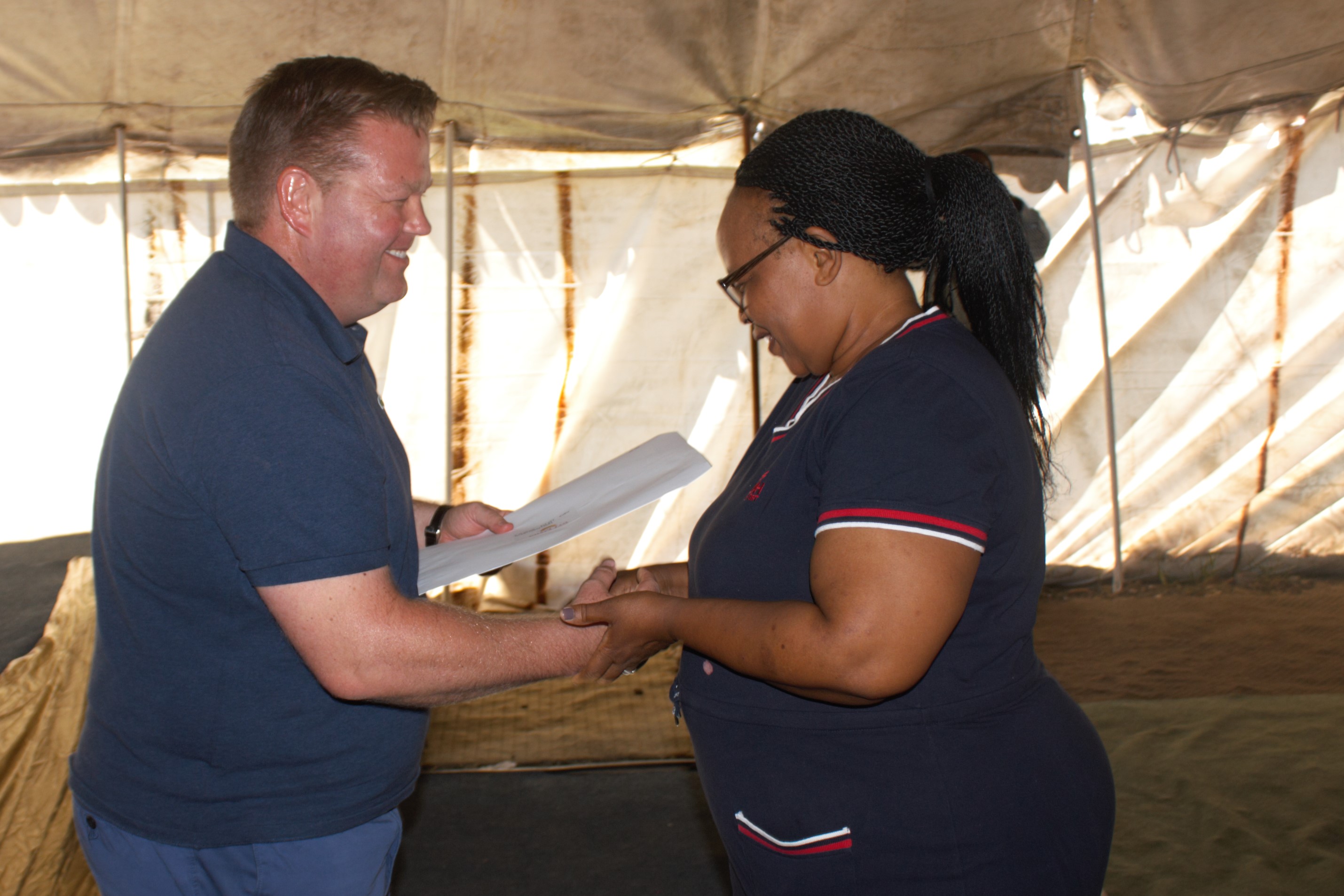 The celebration of the handover of title was both serious and joyful. The journey to get to this point for the thirty households who were receiving their titles was long and tough. The significance of now being homeowners was not lost on anyone. Hanekom commented that it was an ‘Economic Freedom Day’ for these new home owners. Soon after the serious matter of handing over the title deeds the assembled community members broke into song and excited chatting. It is hoped that the first group of title recipients can act as an inspiration to the rest of the community to participate in the titling process and become homeowners themselves.