The Giving Tree installed in Phola Park – A photo Essay 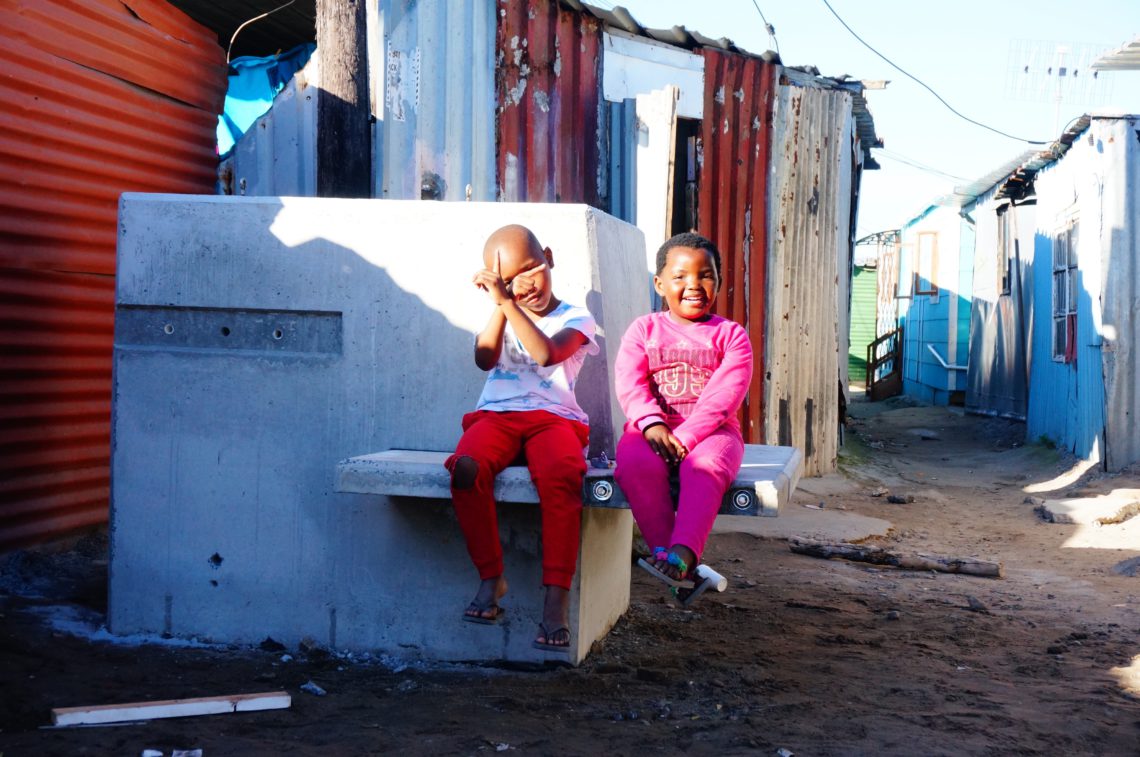 Earlier this year, PEP was contacted by 2 independent designers about a ‘place-making’ intervention they had developed, called The Giving Tree.

The Giving Tree project is a incremental upgrading and service delivery scheme that focuses on developing a small scale, cost effective, prefabricated water platform and place-making intervention. The intention is for the project to be implemented in informal settlement communities lacking adequate access to water points. The Giving Tree unit comprises of a concrete base, a sitting bench, space to accommodate up to 4 taps and a planted tree. The core intentions of the project are:

1 – To develop an easily implementable object that would fulfil the function of a traditional/in-situ water/wash platform but that would cost a fraction of the price.

2 – To be adaptable to the individual requirements of potential host communities.

3- To be implemented in a series of units, arranged along strategic routes of pedestrian movement. The sites of implementation would hopefully develop into nodes of social activity. These nodes, in turn, could act make safe the route through added community surveillance.

PEP partnered with the designers to connect them with the Phola Park Community in which the installation could be done. Along with some of the committee members, a site for the installation was selected and the adjacent shack owners’ were consulted about the intervention.

The prototype was delivered to site and installed on Mandela Day this year, (18 July, 2016), and later the paving was laid. We are now waiting for the donation of a large fruit tree from GreenPop to complete the project.

The intervention comes at an interesting time in the settlement’s development, as the standard ‘city-issued’ tap and basin banks have just been installed near the communal toilet blocks. However, The Giving Tree has been installed near to a block of toilets that does not have the basin units and there are only 2 taps for the filling of buckets. The designers intend to monitor and evaluate ‘The Giving Tree’ over time, to assess whether or not it becomes a social space and to understand what design improvements should be made to the initial pilot unit.

A huge thanks must go to PPC cement for their sponsorship of the project. They granted the designers money to design and build the first prototype. And a big thanks to Corobrik for the generous donation of bricks for paving around the unit.